The Berkshire Chronicle was generally considered a conservative paper. In 1909 they produced a Saturday paper with a special Football Edition and mid-week paper. It sold for 1/2d. Between 1910 and 1912 the Chronicle expanded its editions to Newbury, Windsor, Wokingham, Maidenhead and Slough. Circulation rose from 1500 in 1907 to 30,000-40,000 claimed by the newspaper per week in 1912. In 1912 The Chronicle ambitiously started published a daily paper Berkshire Daily Chronicle that was sold in editions – ‘Early’, ‘Luncheon’, ‘Afternoon’ and ‘Evening’. Unfortunately they had over extended themselves and by 1913 they had stopped publishing local town editions and ownership had been taken over by Henry Mortimer Hobson who had purchased The Reading Mercury in 1914 and formed The Reading Newspaper Company Ltd.  Due to newsprint shortages the Football Edition ceased between 1914 and 1919. The Chronicle started to include images from 1915.
Source: The Newspaper Press in the Town of Reading 1855-1980, A. T. Watts, University of Stirling, 1990. Location: Local Studies Library, Reading Central Library.

7 collections were found within Berkshire Chronicle 1914-1920 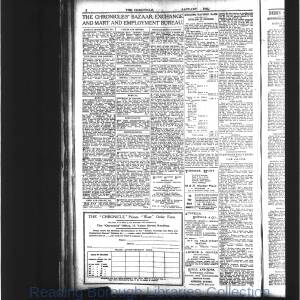 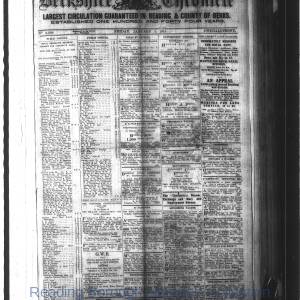 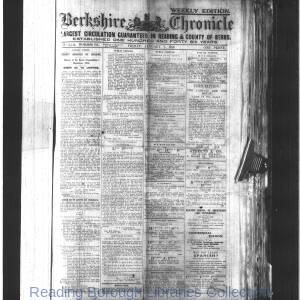 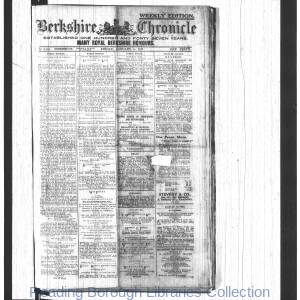 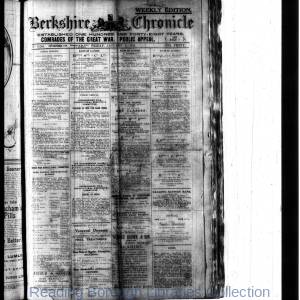 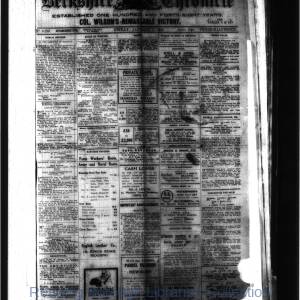 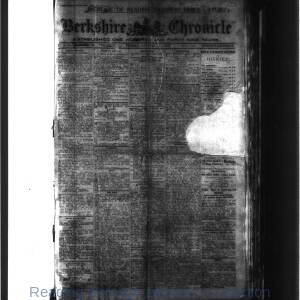